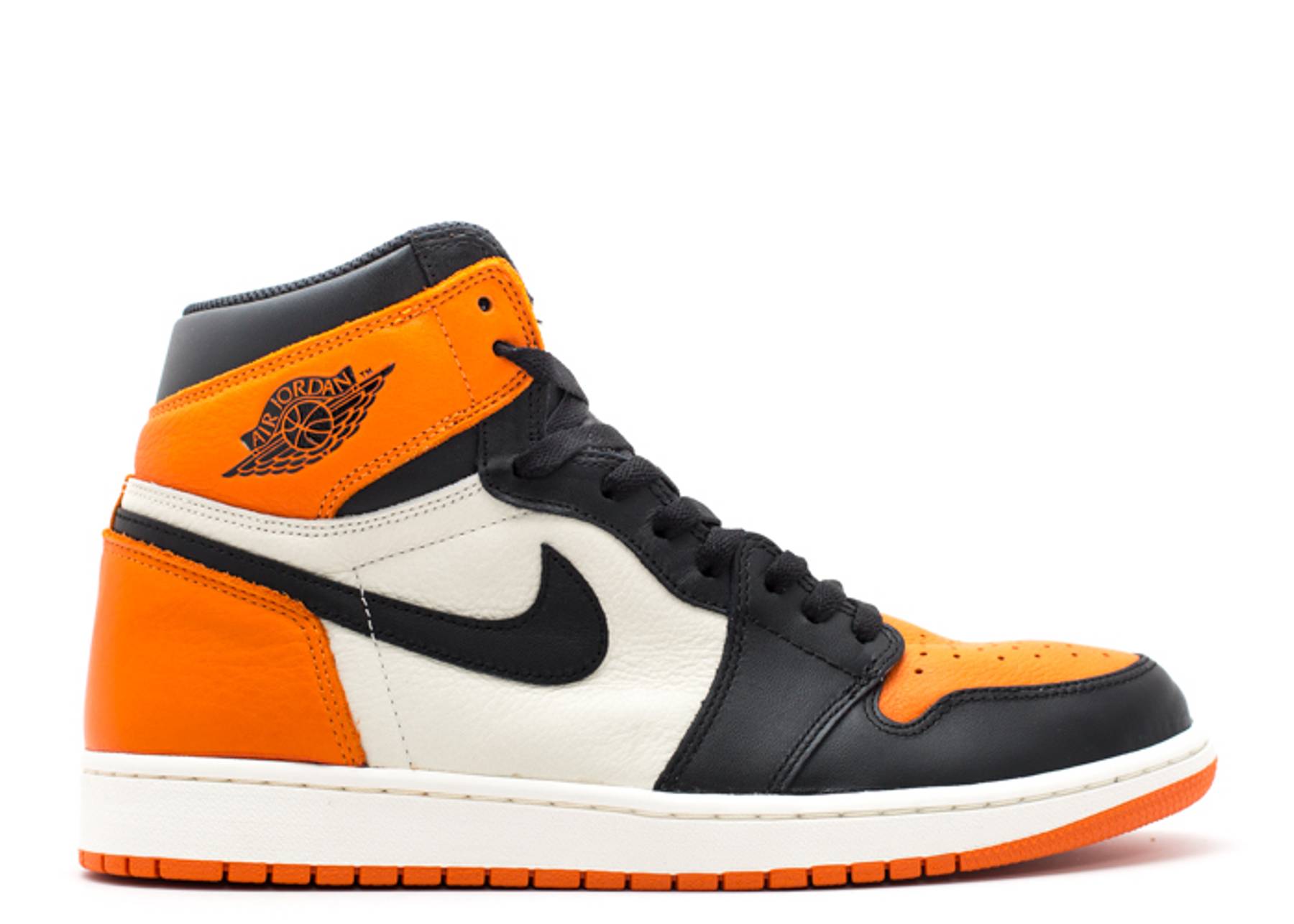 By throwing down a monstrous dunk while wearing an orange, black, and white uniform, Michael Jordan broke a backboard during a Nike Europe tour in 1985. A 2015 Air Jordan 1 ‘Shattered Backboard’ was released to commemorate the moment and uniform. This sneaker maintains the branding of black laces and Nike, but swaps the orange toe box and black around the white toe and tongue.